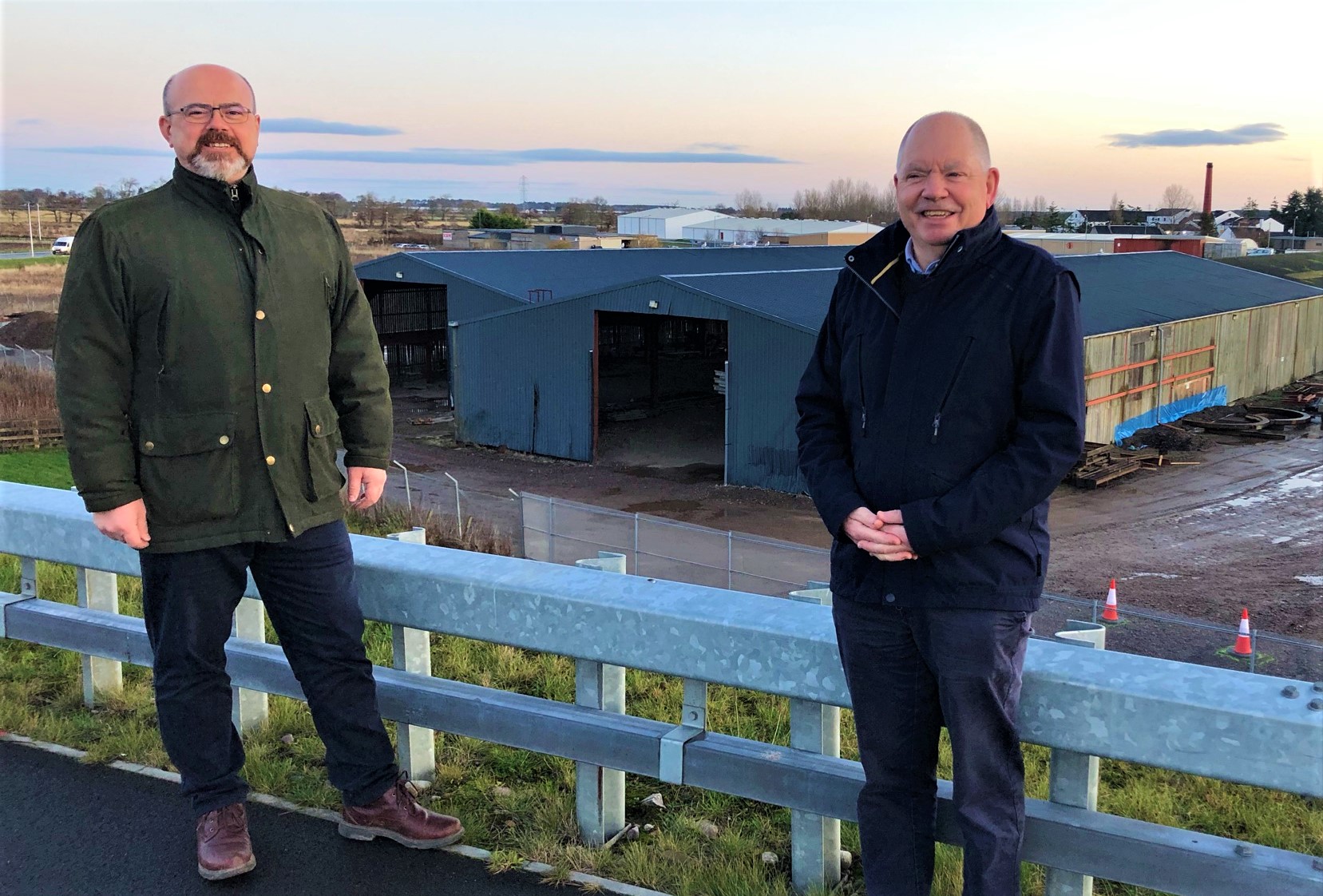 AJ Engineering, NEWCo’s sister company is expanding its premises in a £2.5 million investment over the next three years which will allow it to more than double its production capabilities and employ more staff.

The company has expanded its Forres-based manufacturing sites by adding 4.7 acres by purchasing neighbouring land which was previously owned by Moray Council.

The development will see the existing buildings at the former sawmill site at Waterford being refurbished and a new automated fabrication facility being installed.

Owned by Alan James, the company currently employs approximately 80 staff over the existing Greshop Industrial sites at Forres including seven apprentices, however Mr James’ expansion plans means that over the next three years up to 36 jobs will be created.

“We had previously rented the buildings and ground from Moray Council and we were delighted that they agreed to sell the site to enable our future development plans. Final agreement was reached at the end of October and we can now push on with the development,” explained Mr James.

“Highlands and Island Enterprise (HIE) has been fully involved in the development of these plans and supported us in this project with a grant of £420,000 for our investment in the first and second phases.

“The plan now is to refurbish the buildings and to install a new automated fabrication facility at the site. The purpose of this investment is to make us more efficient and it will provide the company with the ability to increase its throughput but at a lower production cost.  The new equipment will mean that our skilled fabricators will be available to concentrate on the more technical projects and no longer have to spend time measuring or marking beams or drilling them as the new machine will be able to do all this automatically from the details downloaded directly from our drawing office. With the skilled workforce being available we would be able to seek a greater number of complex projects.”

Mr James added: “This is a three-year, three phase project. Phase one is to refurbish the existing buildings at Waterford and purchase and commission a cut and drill line. Phase two is the installation of an automatic shotblaster and the third phase is the purchase of a plate processor. It is expected that we will see the automated fabrication cut and drill line being up and running for mid-summer 2021.”

Steve Richards, business development account manager with HIE, said: “Moray is renowned for innovation and manufacturing across many sectors and AJ Engineering is a key part of this. This is a fantastic project and a great example of a dynamic Scottish manufacturing firm pursuing its growth ambitions through innovation and automation.

“It’s also brilliant news for Forres and the wider local economy, particularly in relation to the expectations of new opportunities for young people through apprenticeships.

“We are very pleased to be able to provide support and very much look forward to seeing the new facility take shape.”

The last significant investment from AJ Engineering was in October 2015 when it bought the Northern Engineering & Welding Co (NEWCo).

AJ Engineering currently sits on a total of 2.25 acres at its Greshop Industrial Estate sites, whilst the sister company NEWCo comprises a workshop within 2.7 acres.